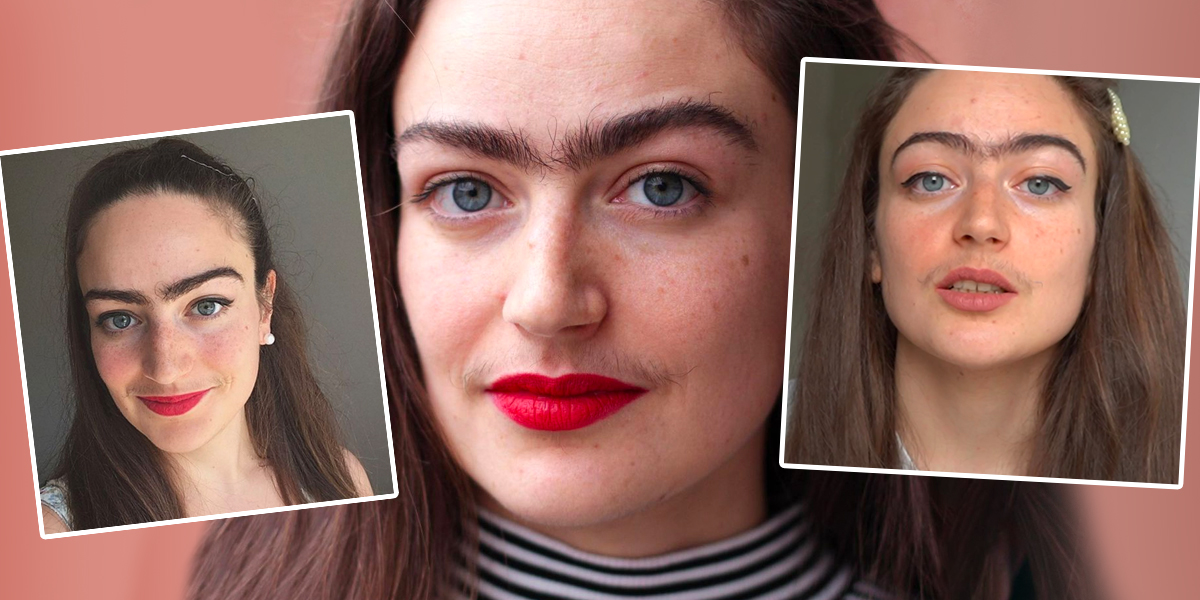 Eldina, the young Danish girl who does not shave in order to fight against female stereotypes

In full confinement, Eldina Jaganjac, a young Danish woman, realized that she had been locked up at home for days without waxing. It was then that she wondered if doing it was really the result of a personal decision or if she had unconsciously been trying for years to fit into the stereotypes of female beauty.

The simple fact of asking this question made her make the decision to grow the hair on her eyebrows, mustache, armpits, and legs, in addition to showing it shamelessly on social networks. This is what made her Instagram account go viral.

«The fact that I went viral for doing nothing only shows us that women’s bodies are not our property, it is in the public domain,» she explains.

In addition to being unapologetic, her goal is to raise awareness among her followers, normalize female hair, and end the classic and suffocating beauty standards. Socially imposed norms that not only require a lot of time and dedication, they also cause insecurities and anxiety in women who try very hard to achieve that ideal.

The classic standards of beauty state that hair is neither attractive, feminine, nor hygienic. That is why Eldina has had to deal with insults and teasing on a daily basis, both on the street and on social media.

«Sometimes I get messages telling me to shave and it’s very strange because it’s a guy I don’t know sending me a two-word message to tell me what to do.» Luckily for her, these kinds of attitudes only confirm her decision and, she says, help her screen out potential mates.

But despite the criticism, the young woman is sweeping Instagram, where she has a community of almost 20,000 followers, which shows that more and more women are beginning to rebel against these violent gender dynamics.