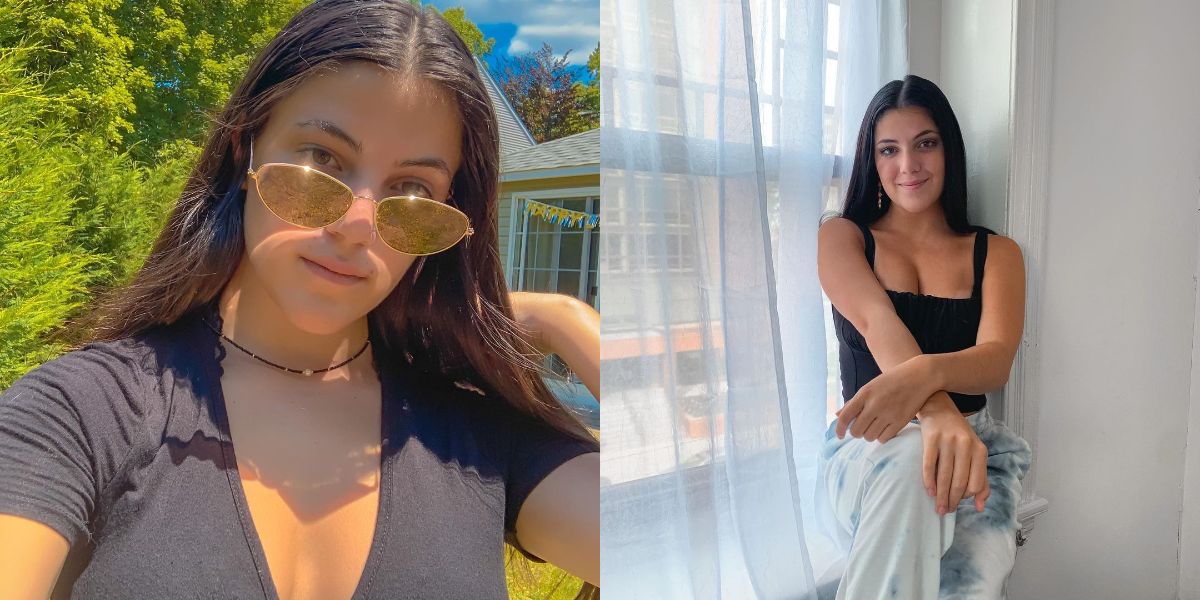 Paige DeAngelo, a model who has two uteruses and a double menstrual cycle

The young woman has this congenital malformation, which leads to having two menstrual periods and the possibility of getting pregnant in one of her two uteruses

In medicine there are still many mysteries, among those, is the congenital malformation called uterine didelphys that, although it has not been openly discussed, has surfaced these days on social media.

Such is the case of a 20-year-old girl who revealed her condition by shocking her followers on TikTok. This is Paige DeAngelo, an American model who has uterine didelphys, a disorder that consists of having two uteruses and a double menstrual period.

The young woman explained on her TikTok account that she has had irregular menstrual periods, having one every two weeks. Uterine didelphys was diagnosed by her gynecologist when she was 18 years old.

«I always had a very irregular period, but it was actually two cycles on and off. Sometimes it would be once a month and other times it would be twice a month, only a couple of weeks apart. It was always a gamble as to when was i going to have it, and that was all through high school.», she said at first.

The day she found out about this condition, she could not believe it, and after a second consultation she realized what this meant.

«I was like ‘what is that?’, And they said ‘you have two reproductive systems!’ I had no idea. Honestly, I didn’t even process it right away. I thought it was a bit funny at first. I had never heard of it, but then when I went back to the gynecologist and we talked about what it involved, that’s when it hit me.», she insisted.

Before the confession of the tiktoker, users did not hesitate to show interest in this topic, about which little is known about today.

«People think they are two vaginas separated on the outside, but that’s not the case, that’s why I didn’t find out for 18 years. Each side is half the size of a normal vagina. It doesn’t cause any problems, but it definitely shows», she confessed.

It should be noted that with this condition, Paige DeAngelo has a higher risk of having premature births or miscarriages. However, this is not a limitation to be able to achieve it.

HER SEX LIFE IS «NORMAL»

Currently, Paige DeAngelo is in a relationship and assured that she has a normal sex life. «I have a boyfriend right now and everything works in that way!»

A double uterus can have an opening in a vagina. In some cases, this would represent a thin wall of tissue that would be able to divide it into two separate openings.

Furthermore, this also means that DeAngelo could be pregnant in one of her uteruses, but still bleeding in another. You could even get pregnant in both wombs at the same time.