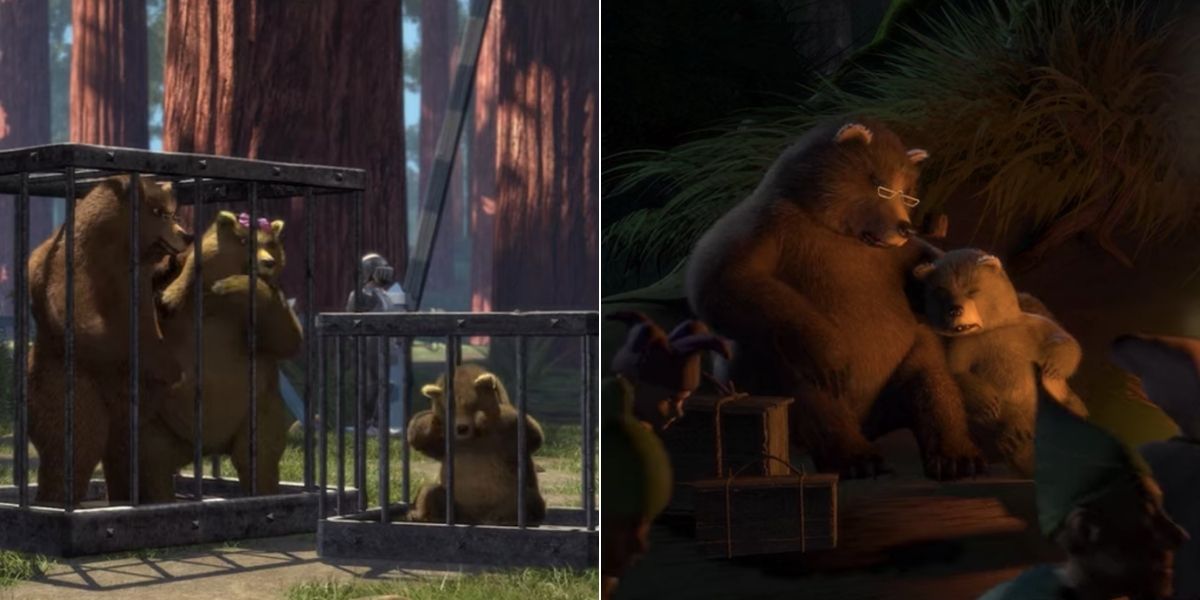 The Dark Discovery in Shrek that has fans traumatized

On July 13, 2001 Dreamworks premiered their animated film Shrek, one of the greatest entries in the annals of animated film history.

Shrek tells the story of an ogre who’s swamp home is invaded by various fairy tale characters who choose to squat there after being exiled by the evil Lord Farquaad. The solution that occurs to the protagonist in order to “recover his tranquility” is to travel to the home of the monarch and request the relocation of all the characters that are occupying his land.

On the way there, Shrek comes to meet Donkey and together they adventure towards the castle of Farquaad in the Kingdom of Far Far Away. Once they arrive, the monarch proposes to the ogre that he must rescue the missing princess that is trapped in a tower guarded by a dragon; only if he achieves this goal will he recover his treasured swamp. From this point on, the life of the protagonist would change completely.

However, what most drew attention to this film at the time, and the aspect for which Shrek today has garnered cult-film status, is its sarcastic and often cruel sense of humor. In fact, the film was considered at the time a direct satire of the traditional Disney movies, which are renowned for their cliche stories of princes and princesses.

Since its successful premiere, the film has definitely become a fan favorite. One of those movies that can be watched over and over again without fail. This was further reinforced this past May when the entire Shrek franchise was added to the Netflix streaming service. Shrek’s arrival to Netflix was trending for two straight days on Twitter, and for many weeks the film was considered Top 10 on the app.

Thanks to its resurgence in popularity, various internet sleuths have detected aspects of the film that had since passed undetected, perhaps due in part to the childhood innocence of viewers. This is the case of the dark discovery that one twitter user recently made in the film that has fans traumatized.

THE HIDDEN STORY WE ALL MISSED…

Remember the first time Donkey appears? When Shrek’s faithful companion shows himself for the first time, his owner was trying to sell him to some of Lord Farquaad’s soldiers, for he was no ordinary donkey, he was a talking donkey. When Donkey takes a look around he recognizes the infamous three bears from the “Goldilocks and the Three Bears” fairytale trapped in cages: Mama Bear, Papa Bear and in a separate cage Baby Bear.

In that brief, almost unnoticeable moment, one can see how “Mama Bear” (who sports a pink bun on her head) tries to console her son.

Minutes later, when the fairytale creatures arrive at Shrek’s swamp, in another brief scene one can see ‘Papa Bear’ consoling his son, who’s the only character to be seen crying. ‘Mama Bear’ is nowhere to be seen.

After various events take place, in a scene that shows the bed chambers of Lord Farquaad, on the floor lays a bear-skin rug which still features the head of the animal. Yes, it’s the skin of ‘Mama Bear’.

“Your telling me I used to watch this movie and would have a great time? Childhood was so messed up.” Said one of the twitter users on the platform.

The Dark Discovery in Shrek: