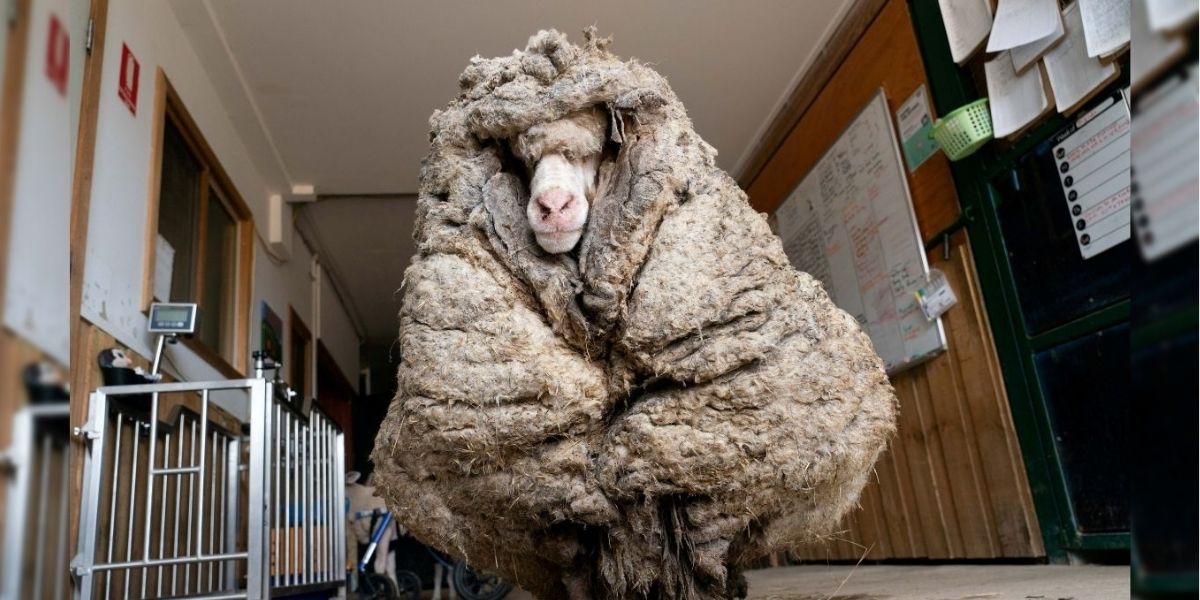 Baarack, the sheep that was lost in a forest for years and was found with 77 lbs of wool

The animal was found in the wild and with reduced vision due to its lush mane. For a sheep to live in optimal conditions it must be sheared at least once a year

The story of Baarack, a sheep from Victoria, Australia, has been around the world. The animal has become popular on social media after some photographs of him were made viral where he has a lush mane of more than 75 pounds.

Baarack was known to have been just a lamb when he got lost in a forest in Lancefield. The animal survived for at least five years adrift. During this time his coat was not shorn and was filled with dirt, insects and debris.

According to Pam Ahern, founder of Edgar’s Mission Farm Sanctuary, the foundation the sheep came to after being rescued, these animals must be shorn at least once a year. Not cutting the wool that surrounds their body can even cause death, especially in Australia where summers are characterized by being extremely hot and dry.

– What did the Virgin Mary really look like? Artists are reimagining her as a nomad

It is for this reason that caregivers at the nonprofit organization were shocked when they saw what Baarack looked like when he arrived at their shelter.

«I couldn’t believe there was actually ar sheep alive under all of that wool,» Pam Ahern said in an interview with Nine News.

After receiving him and making a record of his age and characteristics, the keepers of said sanctuary for rescued farm animals sheared Baarack. The first wool cut of his entire life.

After removing all of his mane, Pam Ahern weighed the wool that the sheep lived with for more than five years. She and the keepers were surprised to confirm that the animal carried more than 75 pounds on its back. This amount exceeded his body weight.

«Although today he may be the shadow of the animal he once was, Baarack is more than he has ever been. After being relieved of his 77 pounds of stifling wool, he can see the world more clearly than he ever has, he can walk more easily than he has been able to”, the organization said on its website.

«This is a result of domestication as the ancestor of modern sheep, the wild mouflon was a self-shedding animal whose coat/fur grew and shed in accordance with the seasons,» they stated.

In that sense, the fact that the Baarack sheep has survived for more than five years in the wild is almost a miracle. In addition to its low weight, the foundation’s veterinarians found some minor injuries on the animal, which are currently being treated.