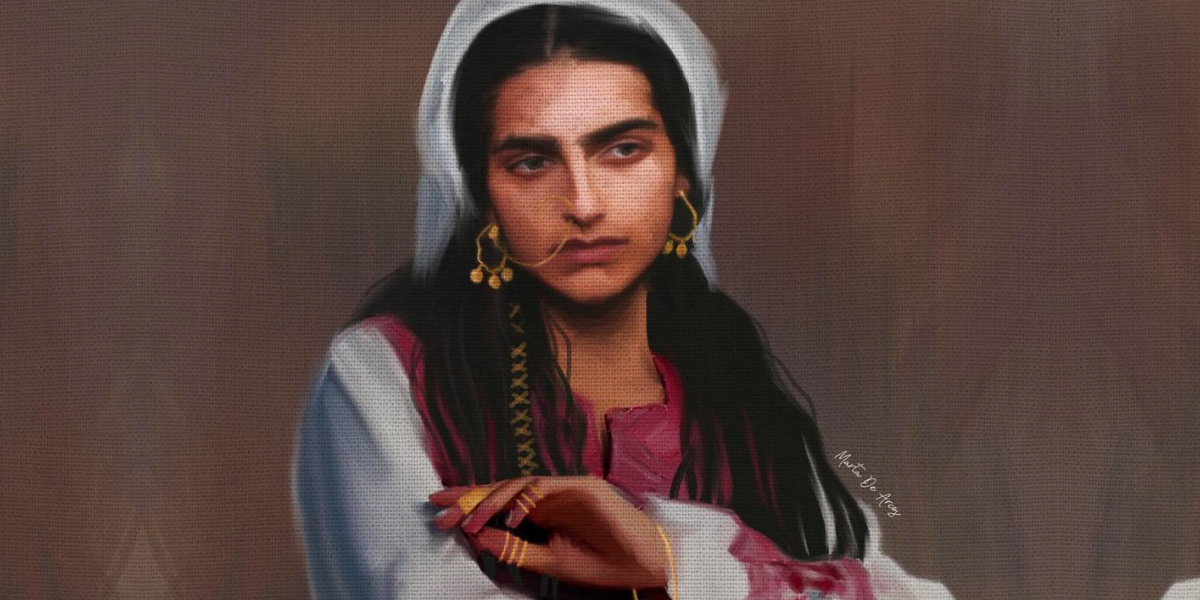 What did the Virgin Mary really look like? Artists are reimagining her as a nomad

The artists took as a reference a description made by a Methodist minister on TikTok, who based it off of the customs and appearance of the women in Nazareth at the time.

What was the Virgin Mary really like? We are used to seeing the classical representation made by European artists where the mother of Jesus has white skin, brown hair, and blue eyes. However, this interpretation has geographic and historical inconsistencies.

Nobody knows what the Virgin Mary really was like. The most Solomonic option to get an idea of ​​her appearance is based on how the women at the time looked in Nazareth, their hometown.

Although there are no historical texts that prove the existence of Mary, there are two writings of non-Christian historians that corroborate the existence of Jesus. Therefore, it is proven that both he and Mary were real people; his divine attributions are a matter of discussion.

Taking into account the above, both Jesus and Mary should look like people born in Nazareth. Their clothing, customs and way of seeing society should also be similar to their compatriots.

BUT THEN, WHAT WAS THE VIRGIN MARY REALLY LIKE?

A Methodist minister named Kelley made a physical description of the Virgin Mary on social media, taking as a reference the customs, clothing, and appearance that women in that region had at the time.

“Mary was a woman from Nazareth. She would have had much darker skin, not because of her beautiful pigmentation but because she spent all her days outside,» said the woman on TikTok.

In this social network, artists began to make illustrations of what the Virgin Mary was like based on the description made by Kelley. Some results completely change the general image of this historical figure.

– A dark theory about Finding Nemo is ruining people’s childhoods

“The Virgin Mary would have had her fingertips and toes dyed red with henna. And not have a white dress, but one of the tribal patterns of her family. She would not have worn a veil, except when she prayed and traveled; but worn a hair wrap or net”, the Methodist minister continued in her description of Mary.

Although no one knows what the Virgin Mary really looked like, our users were satisfied with her nomadic appearance. This was stated in our social media.

“I like this new interpretation. It looks stronger ”,“I like the representation of European art, but the truth is, I love it that way”and “just as beautiful. This is how I imagine her” , are some of the messages written by our followers.

If you want to see what the Virgin Mary was like from Kelley’s historical description, we invite you to watch the video at the beginning of this article.